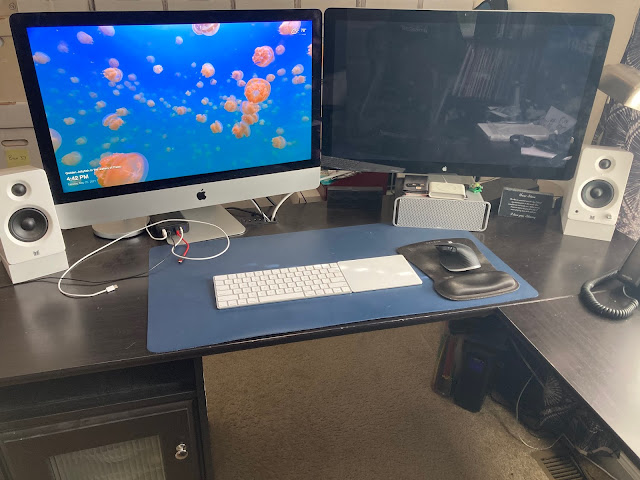 I thought I would put this post here more as a way for me to keep a running list of what I have and what I’m using.  This is by no means a complete list, but I’ll update it over time in an attempt to get it there.

I have 2 main computers that I use.

On my desktop, I use the Apple Magic Keyboard. For mouse, I use the Logitech MX Master 3 for Mac. I also use the Apple Magic Trackpad.
On my Macbook Air, I find the trackpad that’s built in to be the best option for mouse control due to all of the gestures and extras it offers.  On the off chance that a mouse would server a better use, I have the Microsoft Wireless Mobile Mouse 4000. It uses the bluetrack technology which seems to do a really good job at tracking as you would expect it to. And the battery life on this thing is great.

I currently use an Apple iPhone 13 Pro 128GB in Sierra Blue. I have found iOS to be very stable and reliable in the years that I’ve been using it.

I have a space gray Apple iPad Pro (2018) in 256GB with Verizon cellular.  The iPad had become my right hand man so to speak as I would have it with me everywhere I go. I find the extra screen real estate compared to the iPhone worth the extra weight and bulk of the iPad. I use it for just about everything not involving work related tasks, just due to the nature of the work.
I also have and use an Apple iPad mini 5th generation for content consumption and casual usage. The size of it is great which makes it much more portable than the 11-inch one.

Popular posts from this blog 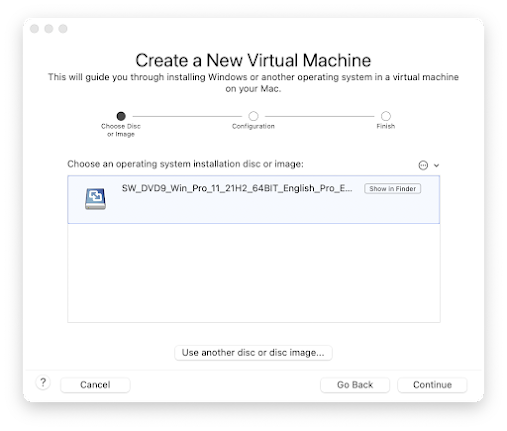 I've been seeing lots of people trying to run Windows 11 in the virtual space. I wanted to do the same thing to test out the new OS so wanted to document the steps for anyone else wanting to do the same.  Note, Windows 11 have unique requirements than previous versions of Windows, so there's a few steps you will need to manually do to prep the Fusion VM to run it.   System Requirements First, create a new virtual machine in Fusion. When it asks for the ISO file provide the Windows 11 ISO. Next, choose Microsoft Windows, and the Windows 10 x64 Leave the default set to UEFI, and choose Continue On the last screen, choose Customize Settings Now pick a location to save the VM When you get to the settings screen, we'll need to make 3 changes 1. Enable Encryption  You'll be asked to set an encryption password. Please store this somewhere safe. You can also check the Remember Password to store this password in your Keychain Access as well. If you don't remember it, you'
Read more 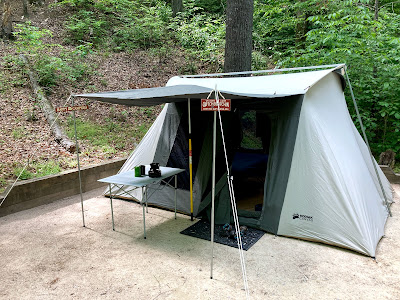 Another spring has come and is quickly going. With that comes spring camping.  We normally go in April but due to the crazy schedules and things happening, we ended up having to squeeze it in at the beginning of May. Luckily, the weather turned out to be fantastic, with 60s in the day and 40s at night which allowed daytime shorts but nighttime coolness that really helped the sleep situation.  Here's a few pictures attached of the event in no particular order.  Photos All the pictures from the trip can be found  here
Read more